STOP BASHING THE BANKS – AND THINK OF ANOTHER SOLUTION 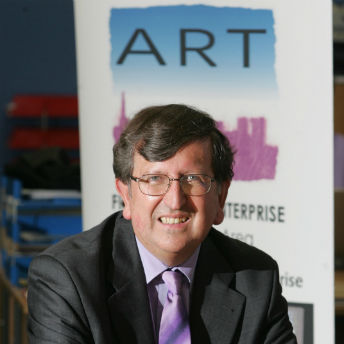 Stop Bashing the Banks – and Think of Another Solution! The debate continues unabated regarding the banks and their willingness or not to lend to small businesses. The banks say they are lending more than they were. The Government doesn’t believe them. Steve Walker, Chief Executive of ART, explains what is happening behind the rhetoric.

Barclays locally has stated that firms are not keen on borrowing; instead they are busy battening down the hatches. The issue here is that the banks tend to be dealing mostly with businesses at the upper end of the small to medium sized (SME) business market – those with a turnover of around £5m, and with larger businesses with turnovers well in excess of that. Actual customer numbers are small, the businesses are mostly well established and their appetite to borrow and invest in the present economic climate, no doubt, is low.

At the other end of the SME scale, however, where over 99% of businesses in the UK are by number, a different picture emerges. Demand is higher; and these are the businesses which are not able to be supported by the banks. They are not being assessed according to individual circumstances, but are failing to make the grade determined by blanket policies or credit scoring criteria. Faced with this situation, many start up businesses are not even bothering to approach the banks for a loan as they know the answer will be no. Even many established businesses are seeing their approaches to invest in growth turned aside.

Is it any wonder then that the majority of UK start up small businesses are funded by family or friends and that the latest reports indicate that 65% of businesses are supported by personal credit card finance?

Whilst the banks are being urged to ensure that they are financially secure in order to prevent another credit crunch – leading to a risk-averse approach to lending, the Country needs to drive down debt and reduce public sector spending. This message in itself is causing fear and a lack of confidence in investment and taking risks. Politicians say that the only way out of the current economic downturn will be a private sector-led recovery, with more small businesses starting up, more investment and more private sector jobs. But where can they go for the money?

Since launch in 1997 we have lent over £9million to small businesses in Birmingham and Solihull, which in ALL cases were unable to obtain their full requirements from the banks. In the West Midlands, members of the Fair Finance Consortium, including ART, lend over £5million a year, with public sector support, to any business declined by a bank even in part. Nationally the Community Finance sector, of which ART is a part, last year lent over £35million to what were considered to be the highest risk cases – many micro start ups and businesses operating in disadvantaged communities and sectors. And most have flourished, not failed!

So instead of pressing the banks to lend more directly, which does not make commercial sense for them, perhaps it’s time for a new plan. Why not press the banks to support specialist intermediaries, designed, with public sector support, to take a higher level of risk and an old-fashioned personal approach to lending to small and micro businesses? In that way, we could see everyone working together for the common good. Now wouldn’t that be refreshing?