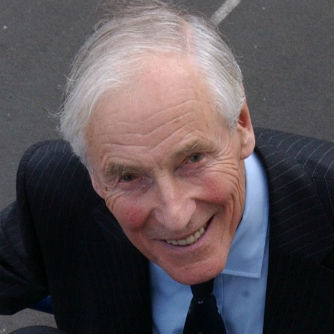 Sir Adrian Cadbury, ART President and founding Chairman (1997 – 2004), has been made a member of the Order of the Companion of Honour in the New Year’s Honours List.

Naturally, we are all delighted at ART and extend our heartfelt congratulations to a man who has been an inspiration to us personally as well as a significant figure in the world at large.

Just before Christmas I had the opportunity to chat to Sir Adrian, with no knowledge of the impending honour, and he expressed his delight that ART’s last year had been so successful with record loan delivery.  An interesting discussion followed about ART, which is a typical reflection of his interests and success.

Recognised as a business leader, with global and local connections, especially in the field of Corporate Governance where the Cadbury Code is the ‘go to’ guide, Sir Adrian has also been fully recognised for his contribution locally as Chancellor of Aston University for 25 years and for his support, following in the Quaker family tradition, for local charities and the local community.

When ART was launched in 1997, Sir Adrian initiated as a key message that the organisation had been created to support ‘local jobs for local people’.  He had listened to the people of Aston in 1989 as Chair of the Aston Commission looking for ways to replace the banks and building societies, which were leaving behind the local communities, with a local source of finance.  How little times have changed…

We are proud that we are still supporting that mission as we continue to help businesses create or preserve jobs – now across the West Midlands – and achieve their aims by providing access to finance.