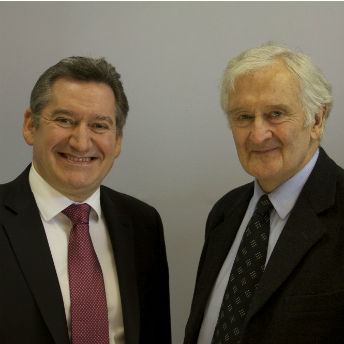 Philippa picks up from Ian Clegg, retired regional director of NatWest who served on the Board since ART’s inception in 1997. Craig takes over from Lowry Maclean, a former Chair of Wesleyan Assurance Society, who succeeded Sir Adrian Cadbury as Chair of ART in 2004.

Speaking at ART’s AGM Craig said: “I feel honoured to be taking on this new role and following in such great footsteps. ART has strong foundations in place on which the new Board can build. There are undoubtedly challenges ahead, but I think there are as many opportunities. With a strong Board and experienced staff team, we can face the future with confidence.”

ART is a not-for-profit Community Development Finance Institution (CDFI), which lends up to £50,000 to businesses in Birmingham and Solihull that are unable to secure any or all of the finance they need from the banks.

Thanking Lowry Maclean for his support of ART over the past seven years, and welcoming Craig Errington, ART’s President Sir Adrian Cadbury said: ”I have been asked today whether I expected ART to last this long when we set it up as a pioneering enterprise in the late 1990s. I would say that it is needed now more than it ever has been. Its dedicated staff team has remained constant over the years and it’s had a Board committed to its objectives. ART has listened and responded. It has changed to meet need and that is why it has succeeded – and I’m sure will continue to succeed.”

In his annual statement to members and guests attending the AGM, Steve Walker, Chief Executive of ART, reported that 2011 had been an unusual year. In the months leading up to the end of the financial year, for the first time in its history, demand for loans was lower than supply, with business confidence at an all time low. In the last six months, however, ART had lent more than in any other six month period in its 14 year existence. “The banks are still not lending to smaller businesses that historically they would have been fighting over,” he said, “so we are filling a growing gap in the market. Our remit is to support enterprise and jobs in Birmingham and Solihull, offering access to finance for viable small business projects – and we have plenty of money available for the coming year. The future is undoubtedly challenging, but the staff team looks forward to working with Craig, Philippa and the Board, as well as new and existing partners, to ensure that enterprise in Birmingham and Solihull continues to be supported.”