“The application process was straightforward and ART was very easy to deal with.  Graham came out to meet us, to get to know us and understand our needs and, once we had provided all the necessary information, our application was approved.”

Actors Corinne Robinson and Georgina Egan established Ego Performance in 2006.  Initially their aim was to bring intergenerational theatre to Coventry, as there wasn’t much of it on offer at the time.  They started as volunteers with just 15 members, but the business has grown and developed over the years and now has a team of seven staff offering music, drama, comedy and film performance experiences and training opportunities for more than 200 members aged four to 84.

“We started in a community space in Coventry’s Transport Museum,” recalls Corinne.  “Our first performance was a stroll through the invention of the differential gear by James Starley, considered to be the father of the bicycle industry, as an introduction to an exhibition at the museum.”  This is typical of the original, diverse, yet accessible performances that Ego delivers.  Having moved premises twice since then, Ego now has its own arts centre as a performance space, together with a café, which attract not only members, but the general public, schools, universities and other arts organisations.

“We supported ourselves completely in the early years,” says Corinne.  “After 2010, faced with huge public sector spending cuts, we had to start looking around for other funders and have been very fortunate to secure ongoing funding from several sources.  However, we reached a point last year where we realised that we needed additional money to support cashflow.  We knew that we would be receiving funding, but were faced with a gap that would mean temporary closure until it came in, unless we could find funding to bridge that gap.”

Corinne, Georgina and their volunteer Board began to research the options and found ART Business Loans.  “The application process was straightforward,” says Corinne, “and ART was very easy to deal with.  Graham came out to meet us, to get to know us and understand our needs and, once we had provided all the necessary information, our application was approved.”

Sustained delivery of services was important to all of Ego’s members and users of the arts centre and café, but it was particularly crucial for the vulnerable groups that Ego works with – those with disabilities or from marginalised communities.  “We provide a safe environment for these groups,” explains Corinne, “where they don’t feel different or out on a limb.  The loan from ART enabled us to provide vital continuity for people who would really miss their regular place to go.” 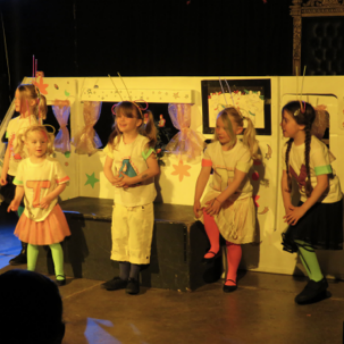